Never Ever Give Up in Anything from Life to Property 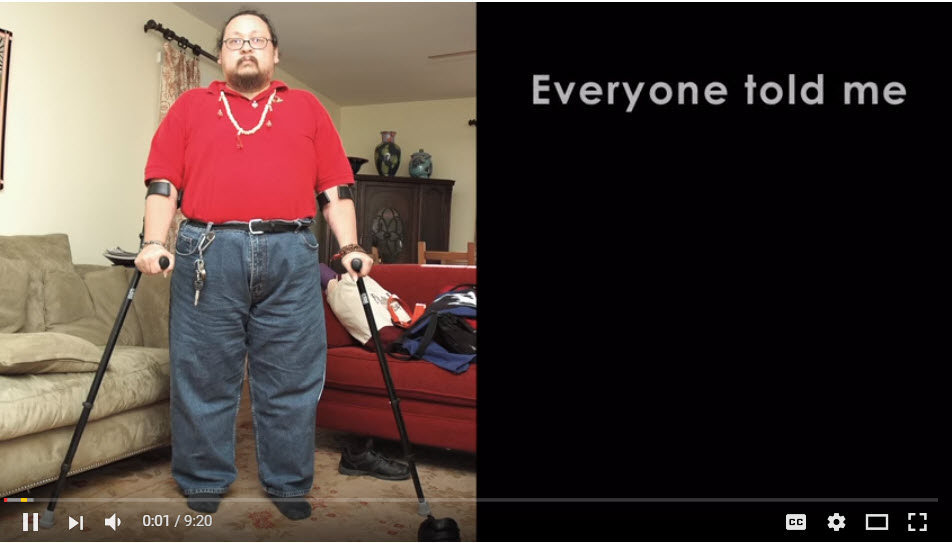 Never Ever Give Up in Anything from Life to Property

A friend of mine forwarded me this video last night. I have applied it to property and the need to keep on going during the tough times. It was a nice way to wake up to. It is 6.15 am and starting work as I know it will be a hectic day as yesterday was bank holiday. We have 4 HMOs going on at the moment and many issues. Furniture to be purchased…Staging….issues to be resolved. All of that is nothing when compared to this poor gent. I suggest you watch it and thank the creator for all of your blessings and realize that Never Ever Give Up in Anything from Life to Property

If this story can inspire someone you know, please share it with them! Arthur Boorman was a disabled veteran of the Gulf War for 15 years, and was told by his doctors that he would never be able to walk on his own, ever again. He stumbled upon an article about Diamond Dallas Page doing Yoga and decided to give it a try — he couldn’t do traditional, higher impact exercise, so he tried DDP YOGA and sent an email to Dallas telling him his story. Dallas was so moved by his story, he began emailing and speaking on the phone with Arthur throughout his journey – he encouraged Arthur to keep going and to believe that anything was possible. Even though doctors told him walking would never happen, Arthur was persistent. He fell many times, but kept going. Arthur was getting stronger rapidly, and he was losing weight at an incredible rate! Because of DDP’s specialized workout, he gained tremendous balance and flexibility — which gave him hope that maybe someday, he’d be able to walk again. His story is proof, that we cannot place limits on what we are capable of doing, because we often do not know our own potential. Neither Arthur, nor Dallas knew what he would go on to accomplish, but this video speaks for itself. In less than a year, Arthur completely transformed his life. If only he had known what he was capable of, 15 years earlier. Do not waste any time thinking you are stuck – you can take control over your life, and change it faster than you might think. Hopefully this story can inspire you to follow your dreams – whatever they may be. Anything is Possible!