The Crash before the Property Crash 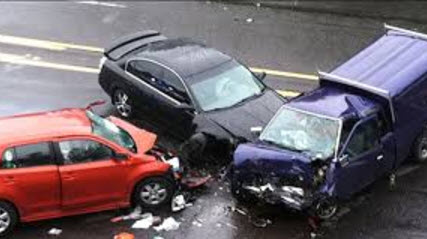 The Crash before the Property Crash

I was speaking to a friend of mine yesterday and we were discussing the property crash in 2008. Personally I exited our bridging company and stopped building in Jan 2006. I was spooked as things were unaffordable ….as they seem to be in London. I asked my friend what made him stop. He had been doing turnkey property projects as family housing like our ready made professional HMOs and social housing HMOS in which he would sell to investors. The property would be fully done up and tenanted. It was a great business for him as he was doing approx 30 -40 houses a year and selling them to investors who wanted a stable income. He would do them in working class areas that were affordable.

I knew that he stopped and thought that he simply stopped because he had done so well and was rather burned out. Doing 30-40 houses a year was a lot of logistics. Anyway what he told me yesterday was that he was rear ended in late 2007 at a traffic light. He ended up having all kinds of knee pains and back issues. At the time he told me…he was distraught as he could not keep on buying properties. However in retrospect this was one of the biggest gifts he ever received. He got back in the market in 2011. Prices were ridiculously low. He built up a portfolio of properties he has kept and is continuing his turnkey property selling. Turn key is a great alternative to arm chair investors. We both laughed at so called investors who think they can manage HMO projects from a far. With have constant issues when refurbishing professional HMOs as well as managing them. The yields are very good but we both agreed you need your property team in place.